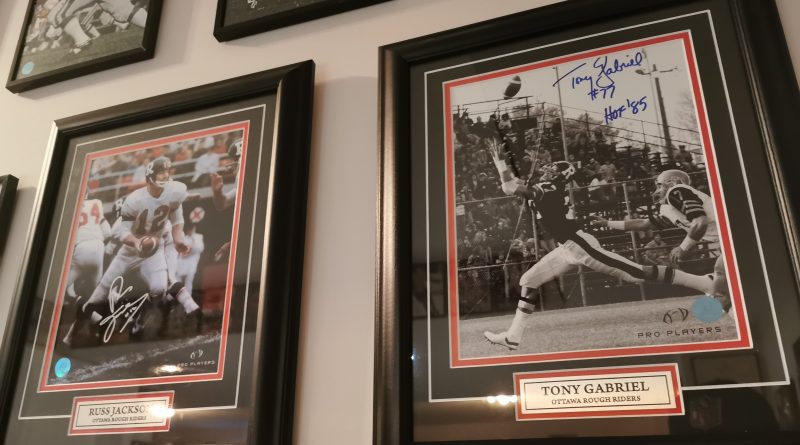 From the Other Side

I don’t spend a lot of time on Facebook, but every now and then, something catches my attention. Last weekend provided one of those moments.

I logged onto Facebook and checked the notifications. It was probably the greatest moment in the history of my personal social media. I got a friend request – that means someone sent a request to me and was not just accepting my request – from my absolute childhood hero.

I ran upstairs as fast as I could. Okay, that’s a stretch. Between recovering from some medical issues, the 20 COVID pounds that I packed on and all the arthritic aches and pains from playing football for far too many years, I don’t really run upstairs anymore. So let’s just say I awkwardly lumbered up the stairs while my hands monkey-barred along the railings.

But I still made it upstairs at a brisker-than-usual pace.

“Babes, you’re never going to believe this!” I cried out to the Diva as I tried to catch my breath from the 12 mountainous stairs I had just climbed. I was shaking when I told her.

“Guess who I got a friend request from on Facebook?” I asked, in the same tone as a kid who just got a red bicycle under the Christmas tree.

“Tony Gabriel!” I screamed. “Tony Freaking Gabriel! The same Tony Gabriel who is responsible for the single greatest moment in the history of the human race, when he made that catch in the end zone in 1976 Grey Cup. Like, seriously! Tony Gabriel!”

She rolled her eyes.

“There’s no way that’s real,” she said, deflating my soul.

“It is,” I pleaded with her. “We have a bunch of mutual friends and it’s all football people.”

“Well they must not know that it’s not real, either,” she said.

“It is Tony Gabriel,” I cried. “Look at his Facebook page. That’s a picture of him when he played. And look at all the friends. It’s all football people. Of course, it is.”

By this time, the Diva knew that it really was Tony Gabriel. But she didn’t let on. She was just enjoying messing with me.

“You’re being catfished,” she said.

“Why would Tony Gabriel catfish me? He’s like the greatest player in Ottawa Rough Riders’ history.”

“Well, did he ask you to send him money?” she replied.

“Do all your friends know they are being catfished by someone pretending to be Tony Gabriel?”

“You really think that’s Tony Gabriel,” she said sarcastically. “It’s probably some guy in Nigeria just hooking you in. Maybe it’s a woman from the Ukraine or the Philippines. They’re just setting you up.”

This woman in the Ukraine or the Philippines must have done a deep dive into my history to know how obsessed with Tony Gabriel I was as a kid.

“And why would Tony Gabriel send YOU a friend request?”

How excited would 12-year-old me would think this was? I had a black number 77 Tony Gabriel jersey from the Sears catalogue that I wore to school at least once a week. I also had a Tom Clements number 2 jersey in circulation as well. Clements threw the pass that Gabriel caught for what was instantly the most important moment of my childhood. Rob-I-Fake-34-Tight-End-Flag. I re-enacted it a few million times in the back yard. Maybe I still do.

I thought back to the football games after school. I was always Tony Gabriel. My buddy Rob Minifie, who was a big Montreal Alouettes fan, was always Peter Dalla Riva. Over the years, we spent countless hours arguing over who was better between Dalla Riva and Gabriel. Neither of us would give an inch. Years later, I got the opportunity to spend some time with Dalla Riva at a sports function in Montreal. He laughed when I told him that story, and then he completely blew up my childhood when he told me he and Gabriel were good friends. They both played junior football for the Burlington Braves. I don’t think 12-year-old me and 12-year-old Rob could have processed that.

Over the years, I was lucky enough to meet Tony Gabriel a few times and interview him on a couple of occasions. Obviously, each interview started the same way. “Tell us about the greatest moment in the history of the human race.” He knew what I was talking about.

In my sports cathedral – man cave is such an underwhelming word for what I have created in my basement – framed autographed photos of Russ Jackson and Tony Gabriel are the centrepieces of my CFL wall. Okay, full disclosure, I didn’t create it. It was 100 per cent the Diva.

She finally decided to quit toying with me.

“Okay, so it is the real Tony Gabriel,” she said. “That’s really exciting.”

She looked at one of the kids and winked.

I frolicked back to my basement, stopping to look at the Tony Gabriel autograph on my CFL wall. Rob Minifie lives in Moncton now, but I am going to have to send him a message and let him know.

I bet he’s not friends with Peter Dalla Riva on Facebook. 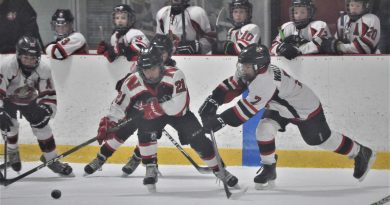 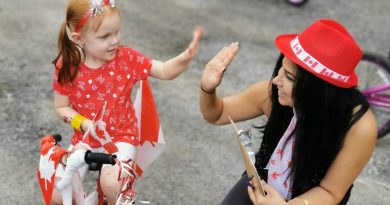