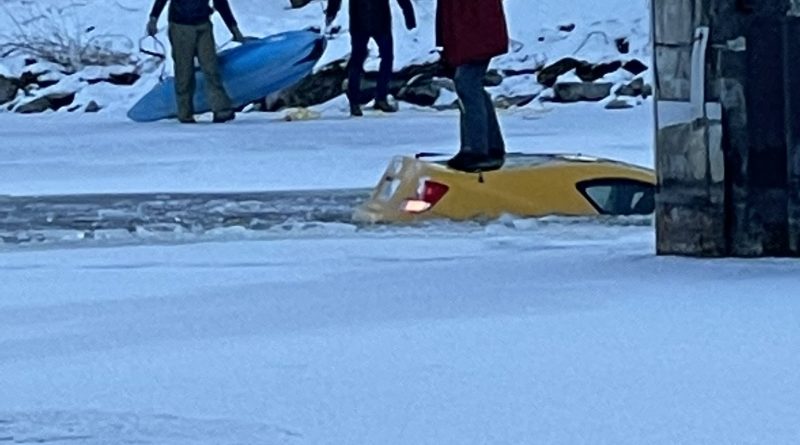 It was a busy evening on the water in Manotick after a car drove into the Rideau River.

A backyard video camera showed the yellow car racing down the ice in the middle of the river near Old Mill Way at around 4:30 pm Sunday night. The car was travelling at high speed, and children were playing hockey on a patch of ice near the shoreline. Another video reviewed by the Manotick Messenger showed the car speeding by a group of snowmobilers on the ice. Shortly after, it started to sink in a weak spot.

Another video then showed a lone woman standing on the trunk of the car as it sank, before being pulled to safety by a kayak and rope, which was thrown into the freezing water by a neighbour. Nearby residents on the shoreline could be heard saying “she is going in.” A photo shared on social media showed the woman taking selfies as she sunk.

The incident took place Sunday evening and many neighbours rushed out to help. Multiple emergency crews were also reported on scene, says eyewitnesses.

The female driver declined medical attention on scene, according to Ottawa Paramedics.

“This evening a car went through the ice in the south end of Ottawa.  Thankfully no injuries and an amazing job by local residents saving the driver by using a kayak and quick safe thinking,” the Ottawa Police dive team tweeted. “Another reminder that “No Ice Is Safe Ice”. Please use extreme caution this winter season!”

Late Sunday evening, Ottawa Police confirmed the female driver has been charged with one count of dangerous operation of a motor vehicle.

Because the vehicle is still in the water, it could pose a hazard for curious onlookers venturing out onto the ice surface, said police.

The women’s identity has not been released. 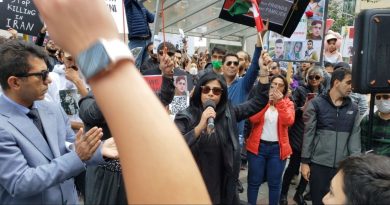 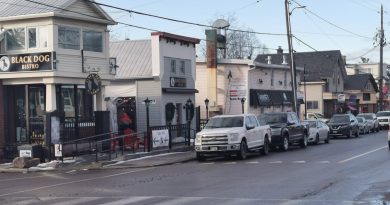