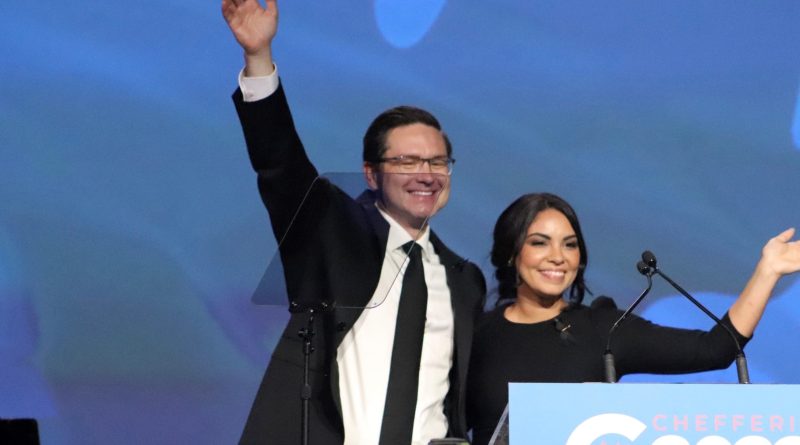 Letter to the Editor

How much of this extreme right-wing nonsense must we be subjected to? I was genuinely shocked to read the editorial in the last issue by Kris Sims of the infamous “Canadian Taxpayers’ Federation” arguing for the defunding of the CBC. It’s rather ironic that the CTF bills itself as “non-partisan” and a “citizens advocacy group” while campaigning non-stop on behalf of right-wing parties all over Canada AND getting subsidized by the Canadian taxpayer through the CTF’s non-profit status. As expected, Ms. Sim’s editorial dovetailed seamlessly with the current narrative from the Poilievre camp–that the CBC must be defunded–while taking a slightly different tack by steering clear of Poilievre’s oft-repeated and absurd assertion that the CBC has some kind of left-wing bias. According to Sims, the problem is that the annual cost to the taxpayer of $1.2 billion is simply too much. I sincerely hope that her organization will be equally diligent in condemning the $15.9 billion in taxpayer-funded subsidies that went to the oil and gas industry last year.

The problem is, at a time where private news organizations are increasingly beholden to corporate interests and are laying off their investigative journalists, we need the CBC more than ever. I suspect that Mr. Poilievre watched the CBC’s unrelenting coverage of the WE scandal and concluded that should he become Prime Minister, he doesn’t ever want to be subjected to that kind of scrutiny, so his answer is to get rid of the CBC. But we really do need a news organization that has the resources to get to the truth. I’m reminded of the words of Patrick Meagher, the Trump-adoring, Freedom-Convoy-supporting editor of the right-wing Farmers Forum newspaper. “I stopped hiring summer students from the Carleton University journalism program years ago when I found them closed-minded and antagonistically left-wing.” He went on to describe how he mentioned this “lack of objectivity” to a Carleton faculty member, who explained to him that her students work very hard to get the truth, “and in their research have found that the truth is left-wing.” Her explanation was, of course, lost on Meagher, who had misinterpreted a reluctance to leap like a trout at the latest right-wing conspiracy theory as an indication that an individual was “closed-minded.”

So it’s not that the CBC has any kind of left-wing bias, the problem–as explained by a faculty member of the Carleton University School of Journalism–is that the truth has a left-wing bias, which goes a long way towards explaining the absolutely unrelenting attacks on the CBC from every right-wing advocacy group in this country. In this bizarre world we now find ourselves in, when the truth is damaging to your party it’s not the party that needs correction, it’s the truth that has to go.