Whatever Happened to Nicknames?

Like you, I have tried to make the most out of quarantine time as we ventured in and out of the red zone, the orange zone, the grey zone. We’re all sick of the zones. We have pretty much covered the whole zone rainbow, and few of us really know what the colours mean other than whatever colour we are in, we are going to eat something from Hello Fresh and watch Netflix tonight.

One of my first quarantine projects was turning my new basement into the ultimate sports cave. During this project, I came across a box that had been tucked away, and it sent me down a mental rabbit hole. “Steven,” I said to my middle stepson. “I’ve got to show you this stuff.”

It was a box of autographed 8×10 photos that I have gathered through the years. I showed them all to him and told them who the athletes were.

“Who’s that?” he asked, almost in disbelief that the pudgy old guy standing there could be a Montreal Canadiens goalie.

“That’s Gump Worsley,” I said. “He was one of the last goalies to ever play in the NHL and not wear a mask.”

“His name was Gump?”

“Yeah, but that was his nickname,” I explained. “When he was a kid his friends teased him because he looked like this cartoon character named Andy Gump. The nickname stuck with him.”

And then it struck me.

What has happened to nicknames? I remember my dad telling me about the old days at Prescott High School in the 1950s. His buddies had names like Grunt and Stink and Monk and Shorty and Worm. Everyone had a nickname back then.

I thought of this as I continued to flip through the special box of autographed photos and special trading cards of some of history’s greats.

“This is an autographed photo of Bobby Hull,” I told him. “He was one of the greatest players ever and his nickname was the ‘Golden Jet’. And then this next one is an autographed photo of Brett Hull. That’s his son. They are the only father and son to each score 500 goals in the NHL. Brett Hull’s nickname was the ‘Golden Brett’.”

Of course, in today’s world of remedial hockey nicknames, both players would be “Hullsie.”

We kept going through the box. There was an autographed photo personalized by Glenn Hall. He was “Mr. Goalie.”

There were two different ones of Gordie Howe. He was “Mr. Hockey.”

And the next was Bernie “Boom Boom” Geoffrion. He earned that nickname back in the 1950s and 60s because he had the hardest slapshot in the NHL. Then there was Tony Esposito, who was known as “Tony O” because he got so many shutouts. Frank Mahovlich was “The Big M.” Then it was Marcel “The Little Beaver” Dionne, and of course, Maurice “Rocket” Richard and his little brother, Henri, who was known as the “Pocket Rocket.”

We came across some Montreal Expos items.

Andre Dawson was the “Hawk”. His best friend, Tim Raines, was the “Rock”. Gary Carter was “the Kid”. I vividly remember the day the personalized, autographed black and white postcard in the box of The Kid arrived in the mail. I was an 11-year-old catcher, and I had written a letter to Carter. He was a young star just breaking into the Major Leagues. One of the most popular Expos of all-time was “Le Grand Orange,” Rusty Staub.

Baseball has always had great nicknames. I showed Steven photos of “Babe” Ruth, “Shoeless Joe” Jackson, the “Georgia Peach” Ty Cobb and the “Iron Horse,” Lou Gehrig. Ted Williams was the “Splendid Splinter”. The Yankees had the “Scooter”, Phil Rizzutto, who played with Whitey Ford and Joltin’ Joe DiMaggio, who was also the “Yankee Clipper”. Their catcher may have had the best nickname, Lawrence Peter “Yogi” Berra.

During my childhood, some of the great stars also had great nicknames. Who didn’t love Mark “The Bird” Fidrych, who used to talk to the baseball and get down on his hands and knees to groom the mound? Pete Rose was “Charlie Hustle”. Bill Lee was the “Spaceman”. Some of the greats were at the ends of their careers at that time, but I still got to see the “Say Hey Kid,” Willie Mays, and “Hammerin’ Hank” Aaron.

In the 1990s, the nicknames were still there. “The Big Unit” was Randy Johnson, “The Big Hurt” was Frank Thomas, Ivan Rodriguez was “Pudge”, and Alex Rodriguez, known as “A-Rod” started a new nickname trend. If you are a Blue Jays fan, you will surely remember the “Crime Dog,” Fred McGriff, and more recently, “Joey Bats” (Jose Bautista) and “Bringer of Rain” (Josh Donaldson).

We like to watch Raptors games. Basketball seems to have no nicknames at all. We simply know the stars as LeBron, Kobe and Kawai. Was Magic Johnson the last great basketball nickname?

I showed Steven my New York Mets jersey of baseball’s 2019 Rookie of the Year, Pete “The Polar Bear” Alonso.

And then it hit me.

All this time, I thought the problems with the Millennial Generation had to do with laziness, entitlement and the inability to do math without a calculator or how to find a book in a library, and they don’t get my Seinfeld references.

But it’s way more simple than that.

The problem with Millennials is that they don’t have nicknames for each other. 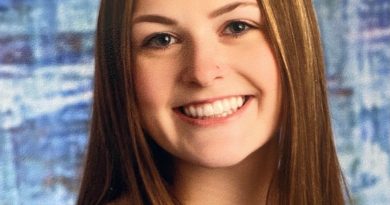 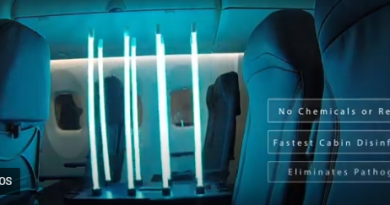