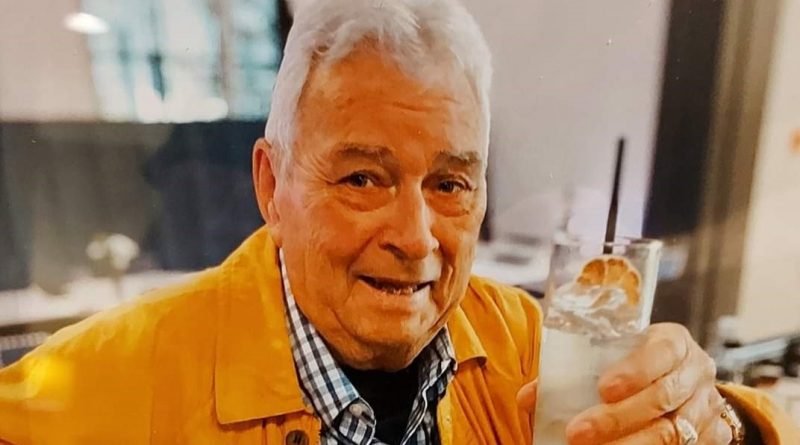 The ‘692’ is hit with a huge loss. Manotick and the surrounding communities loses one of its long arms of the law. Retired OPP officer Ian McCurdie passes away at 81 years of age.

With his unique diction, razor like wit, a sarcastic sense of humour and the king of the comebacks, Ian McCurdie left a tremendous legacy as a 31 year OPP officer meting out justice, cleaning up criminal activity and dealing with the youth – or not so young – of a growing village and community.  He left a much larger footprint as a husband to his amazing wife of 58 years, Sheila McCurdie (nee Moodie) his two great boys and dear friends of mine, Glen and Greg and their families. To all of them I offer heartfelt condolences on the passing of a true patriarch.

Ian’s obituary lists his postings as White River, Bells Corners and Manotick.   It’s improbable to think of his time in any of the three having a larger impact anywhere else other than right in the ‘Tick and area.  Of that, I can speak personally.

I first knew of Ian as the father of two up and coming minor hockey players.  As I’ve written many times when you grow up in small communities you get to know everybody. The boys were solid players, it was known their father was a police officer and later it was known their mother was a Moodie, daughter of the late Douglas Aubrey Moodie, more commonly known as D. Aubrey Moodie, the father of Nepean who has a school and a well-traveled road in the south west end of the city named after him. I never met Mr. Moodie.  But I did meet Ian McCurdie…oh yes….I certainly did.

There is a history of some level of local law enforcement going back decades in Manotick.  Years ago there were police officers who stayed above the Tea Room. But it was in the 1970s when a formal OPP detachment opened across from the Mews plaza that the officers stationed there became so well known to many.  Names like Arno Giek, Pete Carisse, Doug Sorgat, and Nancy Onluck among others were not only officers assigned to serve in our community, they became part of our community. None more so than Ian McCurdie.

My own interactions with Ian in those days were quite common place. Some professional, most not but as you would expect in a small town the local police were they to help in more ways than one.   The arrival of a breathalyzer in Manotick in the late 70s caused quite a stir. It was hard to conceptualize that a device could measure the alcohol on your breath.  This would lead to one of my first exchanges with Ian as a few of us ventured into the station after a night at Tommy’s Pizza to give it a whirl.  ‘Liam, if you pass this I’ll eat my gun.’  We always enjoyed reminiscing about that night over the years.

The Manotick Legion was the scene of one of Ian’s most judicial duties ever as a grudge match pool game between two rivals had led to quite a few dollars being wagered between the men not including side bets.  Things had gotten so contentious that not only was Ian asked to hang around for the game but seeing as he was a police officer, ‘could he hold the money.’  I mean, you have to chuckle at the sight of it all.  Tell you what though, that was a hell of a night.

The 80s were filled with Grey Cup trips, Dickenson Day weekends, and sometimes other social events where we’d gather and those days led into the stags and weddings as many of us started getting married.  I remember standing with him by the bar at Glen and Julie’s stag, definitely one of the larger events in our community ever and as we surveyed the sea of bodies and full party rocking before us – without looking at each other I simple said, ‘shift changes still at 4am Ian?’  ‘Yes…Liam,’ as a wry smile crossed his lips and he softly shook his head.  (Note; everybody in the area knew that the overnight police shift in our area ended at 4am. Always a good time to have that last coffee and head ‘er home)

I attended the wake for Ian and as anyone who knows him can imagine it was a sea of familiar faces. As we said our hello’s and briefly caught up, mostly what followed was a story, their stories, and my stories, all about this incredibly impactful man. A friend, a neighbor, a police officer; a family man.  Simply put Ian McCurdie was….all of us. Because of what he chose as his vocation and how he lived his life what that man became was a part of every one of us who had the good fortune and great pleasure to cross his path and get to know him.

Rest easy, Ian.  You did it up large buddy of that there is no doubt.  I will tip one in your honour and your memory. 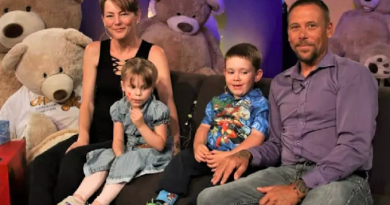 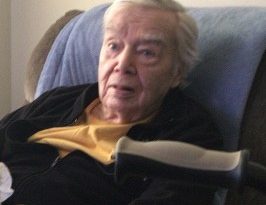 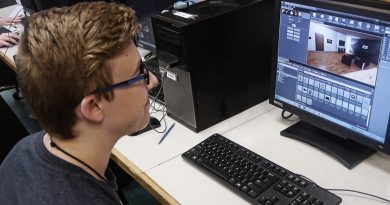