Throughout the pandemic, I have been travelling around Ward 22, doing what I can to highlight local businesses making a difference in our community. Through this effort, I met three entrepreneurs who want to help make the world a better place, starting with air travel. When the world returns to normal, and it will, I, like most, will start travelling again. I love my home but visiting other countries and cultures is exhilarating.

Before I jump on an airplane, however, I’ll need to be convinced it’s safe. I have learned airlines are telling passengers that cabins are cleaned between flights, which in most cases means chemicals are sprayed but is this sufficient or even healthy?

Three Ottawa entrepreneurs with links to the aviation industry had those concerns right from the pandemic’s start.  Kris Rupay, Peter Bahraini and Arash Mahin sat down to brainstorm about what was needed to re-instill confidence in air travel post-COVID.   They eventually came up with a UVC light-emitting machine that kills pathogens, including the COVID virus.

They made it robotic and small enough to pass down the centre aisle of most planes. Fittingly the Robot is named RAY.

I first met the brains behind Ray at Pryor Metals, located in the Leitrim Industrial park in the east end of Ward 22. It’s where the robots are being manufactured.

It’s also where much of the prototype work was done, and experts from DE Havilland aircraft advised on design, weight, and size.

“UVC light, says Kris Rupay, is the shortest wave light; it’s invisible.  When Ray is turned on, the light hits a surface where it detects the DNA of a pathogen or virus, and within minutes the virus is dead.  We’ve seen it under a microscope. It kills 99.99 percent of the virus on surfaces and in the air.”

Ray is also being used in trials to test its effectiveness against COVID variants.” Not only that, the FAA is studying the design to see if LED UVC light will be just as effective.

The three partners formed Aero Hygenx. Despite the excitement surrounding the invention, they had to fund the entire project themselves.

Appeals for financial assistance from the Federal Government were unsuccessful.

“It’s really hard to see a start-up like this that’s helping the current pandemic and addressing future pandemics get so little support from the government, especially at a start-up stage, “says a frustrated Arash Mahin. “The mature companies get a good amount of support, but we’re in this grey zone.”

Aero Hygenex is selling units, but not as quickly as hoped.They chalk it up to an industry that is slow to adapt to new technology and the reluctance of airlines to spend money at this time.

The men behind this Ottawa invention would also like to see better air quality regulations in airplanes, especially now, pointing to eighteen hundred confirmed COVID transmissions on planes in the last few months.  Masks and chemical fogging aren’t enough, they say.

So a proven COVID virus killer now exists. RAY was invented for planes, but the technology can be used in buses, trains, classrooms; the opportunities are endless. The key for Aero Hygenx is marketing, convincing customers that a product invented and manufactured in Ottawa is ready now to combat the world’s number one problem. 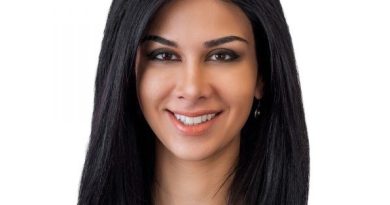 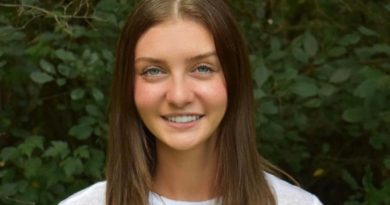 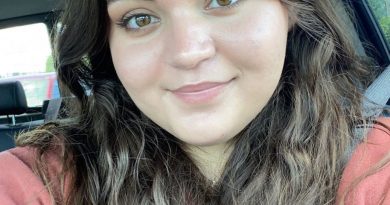 OTHS Student Looks To Follow Her Passion For Writing